You Can’t Miss On These Top iGaming Trends 2023

It should go without saying that in its two and a half decade history, the interactive gaming industry has witnessed several substantial changes. Slot machines dominated online casino gaming lobbies when this industry first began operating in the middle of the 1990s, and VIP programmes were not yet a thing. However, as time passed, live tables and deposit match welcome promotions developed and assumed their positions as premium player baits, along with a number of other components that made online gambling a considerably richer experience than it was in its infancy.It is what has helped this industry as a whole generate $261.8 billion in yearly global sales.

Because of recent technology developments, this field has advanced quickly. It has expanded at a rate that was unthinkable in the past. Genre-wise, game catalogues that have mostly been unaltered for years are getting new additions, and internet gambling is evolving substantially.

The key trends seen at the largest US casinos and those that are emerging beyond the parameters of traditional gaming sites are briefly summarised here. Yes, it is also taking place right now, and more is spoken about it below. 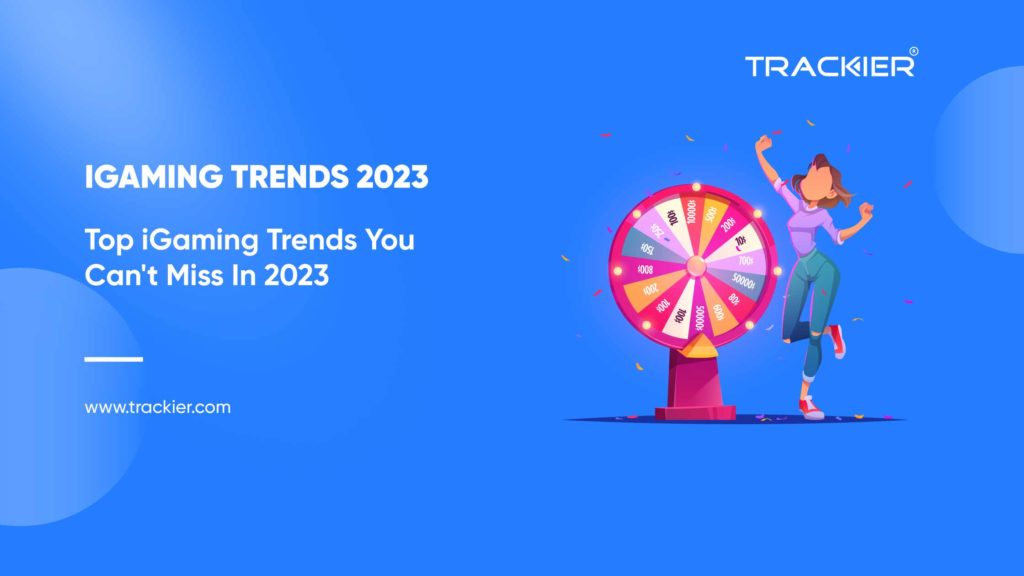 Though the iGaming business may already be well-established, real money casino, poker, and sports betting games are expected to experience even more growth and development in 2023.

First off, the industry will probably grow considerably more throughout US states. Several online gambling platforms have launched in Pennsylvania, Michigan, and Canada’s Ontario province during the past several years. For instance, reputable gambling provider PokerStars Casino has extended its portfolio to include the UK, Europe, and a number of North American states. And when it comes to manage or analyse the number, Trackier iGaming Platform is there to help.

New Addition In The Metaverse Casinos

Metaverses are an idea that has been around for a long. However, these online communal spaces have just emerged in their current form in the last three years, mostly as a result of the acceptance of blockchain technology. One may argue that Second Life, an online multi-media game, which debuted in 2003, was the first metaverse, the platform that most fits the present meaning of this term. It laid the foundation for several contemporary virtual worlds, like Decentraland ization the Sandbox, with its internal economy and interactive possibilities.

The aforementioned two platforms, along with others like them, operate on the Ethereum blockchain and employ fungible and non-fungible tokens to enable its users’ transaction capabilities. Gamblers use some of the ERC-20 variants to wager on games of chance presented in different locations across the world. For instance, ICE Poker, a very well-liked virtual casino in Decentraland, has a system in which players purchase wearable NFT to receive a daily allocation of chips that they may spend to play cards and perform other objectives. As previously indicated, users may only place bets at this location using cryptocurrency tokens, although these can subsequently be exchanged for cash via well-known exchanges like CoinsPaid and Kraken.

When Evolution launched Dreamcatcher, their take on the Big Six, in 2017, they helped create what gamblers like to refer to as game show games. The world’s top supplier of live dealer products had no idea that this action would give birth to a new genre of streaming games. Evolution released Monopoly Live, Deal or No Deal, Mega Ball, and Crazy Time as demand increased. The last game listed was a game-changer since it combined presenter and RNG gaming, giving players new entertaining options.

By launching the innovative VR-enabled online live game show Gonzo’s Treasure Hunt in 2022, Evolution advanced the situation. By providing top-notch graphics and an overall spectacular presentation, it shattered the mould. Expect Evolution rivals Pragmatic Play Live and Playtech to follow in the footsteps of the Riga-based business and enter this market in 2023, fundamentally altering the presenter game category.

Gambling that requires skill Casino games only use chance. In player versus operator activity, the side that manages the gambling games always has a mathematical edge over its rivals, at least that is how it was formerly defined. That system has been effective for many years.

Operators have decided to investigate skill-based gaming in order to appeal to younger audiences. When Nevada and New Jersey opened up this choice to their land-based venues, that first occurred in 2015–16. Additionally, interactive websites have started to follow the trend recently. The arcade-style shooter Fish Catch from RTG heralded the coming of goods where players might reduce the operator’s advantage through skill. There are currently expectations that these books will become more well-known in 2023.

Online casinos have long had VIP programmes. They have been around for more than ten years and have become one of the crucial factors in choosing a gambling site.

Previously, these promotions included benefits like deposit matches and level-up bonuses. However, recently, especially at crypto gambling platforms, they have taken on a new shape, including Rakeback, loot-box-type promotions, investment opportunities, and more. The advantages and possibilities they offer are much more complex than what this industry allowed just a few years ago. The idea of staking, which entails casino users locking a portion of their assets in a website’s vault in exchange for a proportion of the platform’s profits paid out as dividends, is particularly intriguing.

When Microgaming displayed a demo of its version of VR roulette, a game that regrettably never made its way onto gaming websites, the virtual reality space in the world of online gambling was poised to make a significant splash in 2016. Playtech released a virtual reality slot called Hot Gems in an effort to cash in on the media attention VR technology was receiving in the middle of the 2010s, but the game was never popular.

However, based on the playability ratings Gonzo’s Treasure Hunt has accumulated as of 2022, VR appears to be making a significant comeback in interactive gaming. A VR version of the Gonzo’s Quest slot is shortly to be released by Evolution-affiliated NetEnt. Therefore, it is evident that VR is returning.

In addition to the developments already stated, 2023 will likely bring improved game mechanics for slots, particularly those produced by Nolimit City, Woohoo, Betsoft, and Nucleus Gaming. Additionally, AR table entertainment can be close at hand. Investigate that as well. Besides, if you want to discuss further about iGaming industry or more, feel free to contact our team, we would be happy to help.