Everything You Need To Know About GAID

Google announced in March that GAID, their user identification for marketers, will be deprecated by Android, the most popular operating system in the world, by 2024.

A device’s GAID (Google Advertising ID), which is used for advertising reasons, is an ID created by Android. The user receives a certain amount of privacy at this level of abstraction while yet having high functionality in the advertising ecosystem.

I’ll go over the primary applications that the ecosystem currently uses GAID for in this article. Along with mapping the impact of this deprecation, I’ll discuss Google’s suggested remedies for dealing with these fresh problems. 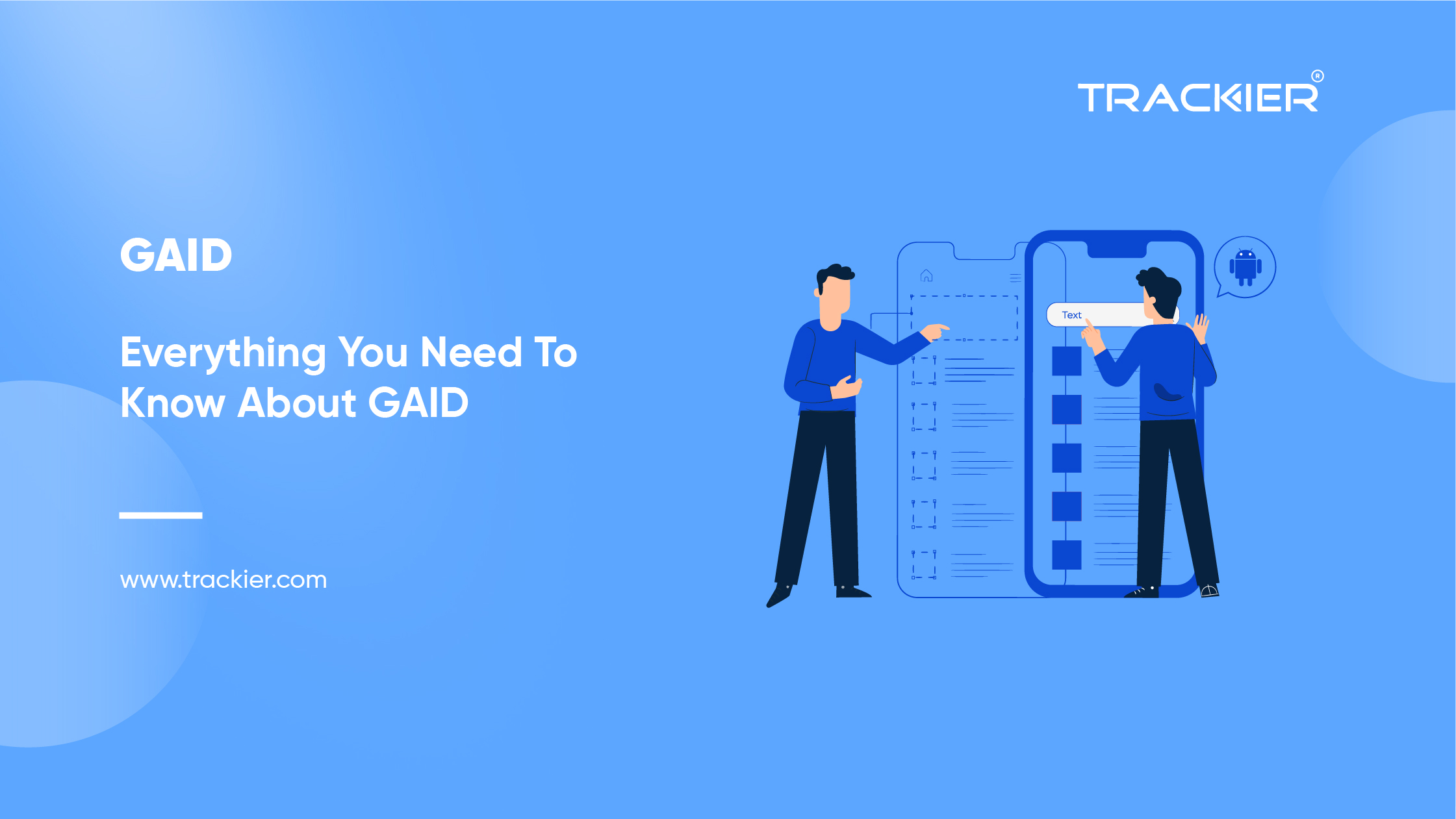 Let’s go down into each category and examine the potential effects of GAID’s deprecation, presuming that the Android Privacy Sandbox will launch in accordance with the recommended roll-out schedule. But before let’s understand the applications:

The two primary attribution techniques in Android are Google Play Referrer and ID Matching (GAID). When examining the proposed modifications to these kinds of attribution techniques, we discovered that the following topics are not covered in Google’s most recent Privacy Sandbox documentation:

Check Out Trackier’s MMP Directly From Us!

Additionally, this will enable advertisers to implement deep linking (including postponed deep linking), enabling users to seamlessly transition from the ad to the app in context.

With Google Play Referrer, you may promote privacy without using or disclosing your user ID to different parties.

Direct to install only – Google Play Referrer won’t link a user to an ad if they click on an ad but don’t immediately install the app.

Only instals from the Google Play store are eligible for Google Play Referrer credit; outside-the-store apps are not.

The Attribution Reporting API, which will offer attribution and conversion measurement across Android apps and the web, is the on-device measurement used by the Privacy Sandbox. The following are the Attribution API’s primary capabilities:

According to their own touchpoints and attribution settings, each ad network will be able to obtain attribution (but not in a cross-network manner).

The ability to create attribution across several ad networks and advertiser-selected attribution parameters will only be available to MMPs.

The Attribution API’s reporting can be further broken down into:

To create lists of user attributes that can be supplied to networks and marketing engagement tools so that these users can be engaged with specialised marketing content, segmenting users is widely utilised today.

Google’s new solutions will make user-level lists impossible, but we may anticipate that the market will adapt to either one or both of the following alternatives:

Advertisers may utilise first-party identifiers as long as they respect users’ permission and agreement, even if GAID is the most used identifier for these uses.

The Google-recommended FLEDGE solution gives marketers fantastic options for defining their audiences and collaborating with ad networks to serve ads that are afterwards segregated for on-device audiences lists. Due to its on-device functionality and lack of sharing of end users’ identifiers, this solution preserves user privacy.

The deprecation of GAID and the Privacy Sandbox will significantly affect the advertising capabilities of ad networks. Ad networks that are used to gathering user activity information across different third-party apps will be the ones most affected.

Google has suggested the cross-app TOPICS approach as an alternative to own-app context-app advertisements.

The TOPICS solution states that Android will provide several topics to each publisher app in order to support interest-based ad serving.

The method will be developed in phases, with the initial phase focusing on learning from publicly available data that marketers upload to Google Play when they publish their app. Names of bundles, app categories, etc. are a few examples.

Although we can already observe that this is a less effective way for ad personalisation, we can also predict that as TOPICS engine inputs continue to expand, this solution will be substantially expanded.

The deprecation of GAID and the absence of cross app identifiers will undoubtedly shake up the advertising sector.

The new proposed solutions that Google and us will be supporting are an excellent opportunity for advertisers, including publishers and ad networks, to take advantage of, in our opinion at Trackier.

We are optimistic that Google’s adjustment will be advantageous for both end-users and advertisers that adapt because we are industry leaders and successful pioneers of similar privacy changes implemented in iOS.

In case if you need any help or want to know more about product and services, feel free to contact us.