Everyone in the mobile marketing sector has been discussing Apple’s deprecation of the IDFA after iOS 14 for the past two years. It had numerous restrictions that had an impact on the entire sector and made user monitoring considerably more challenging. Google’s turn is now.

Over the last few years, new privacy rules have proliferated all over the world, including the EU’s GDPR. Data privacy has become a global obsession, prompting digital businesses to establish laws that reflect this. These regulatory changes have been led by companies like Apple and Google.

Apple intended to attract marketers to run advertisements through Apple Search Ads and entice the industry’s money into its SKAdNetwork.It couldn’t afford to say nothing and continue to lose advertising revenue. Professionals in the field are not surprised that the Google Privacy Sandbox enters the picture in this situation.

Since the release of iOS 14.5 last year, Apple Search Ads had its most spectacular rise. It was obvious that Google would imitate Apple and join the fray.

There are three identifiers for Google. One of these codes is GAID, or Google Advertising ID, which Google has recently declared plans to phase down, following Apple’s pattern.

These user-level identifiers were the only ones used for mobile attribution in the past. In order to safeguard user privacy from third-party data transfers with device identifiers while also ensuring that advertisers may still carry out attribution efficiently, the landscape is now shifting. In the future, attribution and tracking will be aggregated rather than done per user. 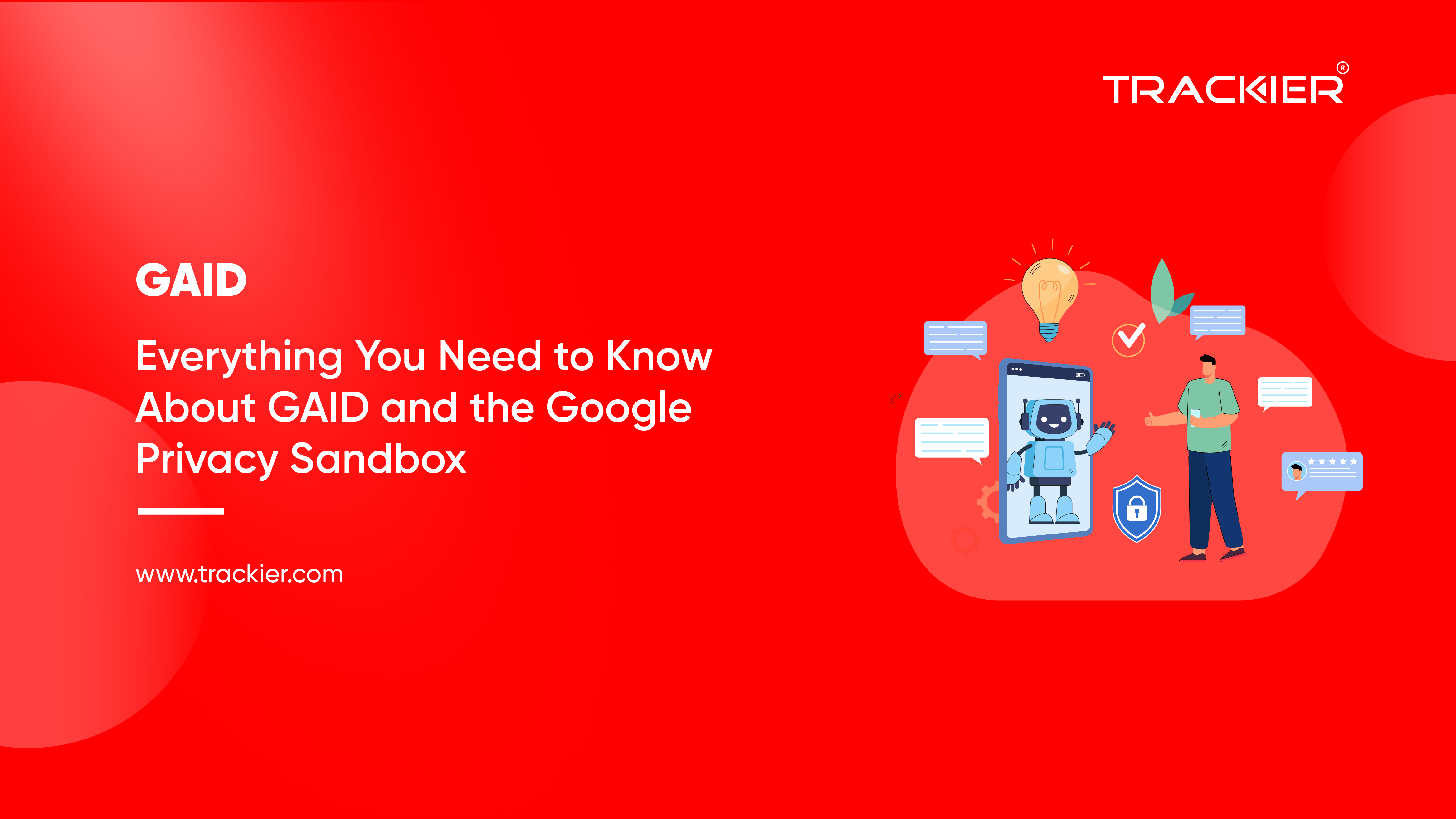 We’ll clarify what a sandbox is before going into detail about Google’s Privacy Sandbox. In the development community, “sandbox” refers to a “testing environment.”

There was no way Google would not appear to defend its users, much like Apple did. In actuality, Google is probably only looking out for its own interests. That doesn’t mean it can’t present the choice as being in the interests of its users.

Google, meanwhile, decided against approaching its privacy update with the same urgency as Apple did. It chooses to offer marketers extra time to get ready.

The new requirements for marketers and developers to declare a Google Play services permission within an app’s manifest files took effect on 04/01/22 (April 1st), which marked the beginning of the changes. Below, we go into further detail on this.

Google intentionally referred to its plan as a “Privacy Sandbox” to emphasise that it is not yet complete or available. Google seems to want to send a message to all advertisers and platforms like Facebook. The implication is that Google will not abandon the industry in the dark because it is not Apple. Instead, it will present strategies that have undergone extensive testing for the benefit of both user privacy and the sector as a whole.

Google’s strategy, called the Privacy Sandbox, aims to give apps access to user data without jeopardising user privacy. In a world without device identifiers, it is particularly created so that mobile advertising, measurement, and tracking are all still feasible.

In the mobile and digital marketing sectors, privacy has long been a hot topic. With each new year, there is a trend toward greater user privacy. Big firms in the market like Facebook, Google, and Apple have come under fire for making money off of user data. This monetization was paired with the rise in distrust, which was sparked by data breaches, and the desire for greater security of people’s data, which is their most precious asset.

Globally significant data privacy legislation have been put into effect in recent years, ranging from the CCPA in California to the GDPR in EU nations. This fueled the media’s fascination with data privacy, which in turn influenced users all around the world. Because of this, internet companies are already releasing new privacy updates left, right, and centre.

Google has less motivation to retire its identity than did Apple. Since advertising accounts for the majority of Google’s income, identifiers specifically aid in the tracking and optimization of advertisements. Therefore, everything that helps ad tracking will increase Google’s revenue. Anything that limits it puts their primary source of income at danger.

Google, however, cannot be left out of an entirely new advertising environment. It must stay up, and to do so, it must win over its customers and the more privacy-conscious international regulators.

Between how Apple handled the IDFA deprecation and how Google is managing the GAID deprecation, there are many distinctions. Let’s dive into these distinctions below since they have important implications for the mobile advertising sector.

The IDFA deprecation has more restrictions than the GAID deprecation does. First off, the fact that it would take two years to finish is one less restriction compared to Apple’s very rapid deprecation.

Apple implemented its modifications quickly and announced the increase in openness nearly immediately after it occurred. Under contrast, Google made its proposal available in the Privacy Sandbox, although platform features can still be used by developers for at least two more years. In the future, Google will “give significant warning before any changes,” it has pledged. It is effectively promising marketers and developers that it won’t, at least in this case, follow Apple’s example.

Google has offered far more documentation and a focused testing methodology than Apple does. The GAID will eventually be obsolete. Google must first confirm that marketers can still conduct successful user acquisition efforts on its platforms and devices and that they wish to do so.

The fact that Google will identify APIs within an SDK for any marketing resource that advertisers might require is the second distinction between the GAID and IDFA deprecations. This was not done by Apple. Advertisers, for instance, will be able to precisely track retargeting initiatives. The majority of common advertising use cases, such as targeting, retargeting, attribution, and measurement, will be enabled. Developers will be able to work on it since it will be open source.

The SDK, which will go by the name SDK Runtime, will be comparable to the iOS version, SKAdNetwork, but will take a more all-encompassing approach to appeal to a wider range of advertisers, app developers, and app users. It will include a variety of technologies to enhance user privacy and support ad publishers in niche markets including retargeting, gaming, and e-commerce.Additionally, it will give apps a fresh and secure way to interface with third-party advertising-related SDKs.

SKAdNetwork is more of an all-encompassing solution that is out of our hands. It looks that Google is seeking to avoid the “bad guy” taint that Apple earned with its more extensive offering. It wants to give the impression that it exclusively cares about safeguarding privacy and advancing technology. On the surface, SKAdNetwork and Google’s Privacy Sandbox both appear to preserve user privacy.

Although the distinctive solutions will be appropriate for various industry sectors and application situations, the fundamental concept will remain the same. Google will no longer share user-level information. Additionally, it will restrict fingerprinting, similar to what Apple did with iOS 14 and iOS 15.

Google plans to develop the Attribution Reporting API to guarantee that advertisers can continue to conduct successful user acquisition campaigns on Google and Android devices in a post-device identification era.

Advertisers will be able to: within the API

Ad networks and other sources’ reported store views and clicks

events that lead to store conversion, such as downloads, purchases, and signups

Compare reported views/clicks that are recorded on the device with reported conversion events.

Up to three conversion events may be sent by advertisers at various times. Each one will be connected to the relevant view or click that was saved on the device.

How to Get Ready for the Deprecation of GAID?

You should initially concentrate on modifying the code of your application. You must make sure it complies with the new rules (should you wish to target Android 12 users, that is). All apps that want to target Android 12 users must declare a new permission in their <AndroidManifest> files in order to access each device’s Android Advertising ID as a result of the GAID deprecation and Google Privacy Sandbox announcements. Within the SDK, there is a line of code called “AndroidManifest.”

The sooner this permission is put into place, the faster the SDK will be able to begin reading Advertising ID on all devices.

The only exception is if your app targets young users. In that situation, since these apps are unable to gather the Advertising ID, the permission shouldn’t be provided to the SDK.

In addition to altering the code, app developers and advertisers should concentrate more on first-party data as a precaution. Due to the user’s consent to sharing their data with that particular app, Google will let the use of first-party data without the same severe limitations. On the other hand, third-party data necessitates data transfer between two or more parties without the user’s explicit authorization. With Google’s modifications, exactly that will now be prohibited.